In 1994 I finished my second quilt top. It was my Barn Raising Log Cabin.  Even though this is not my second finished quilt, it still feels like my second quilt.  It was the second one I ever worked on.

Because I thought that a quilt either had to be hand quilted or tied, I decided to hand quilt this. It took me six years to do all of the hand quilting. 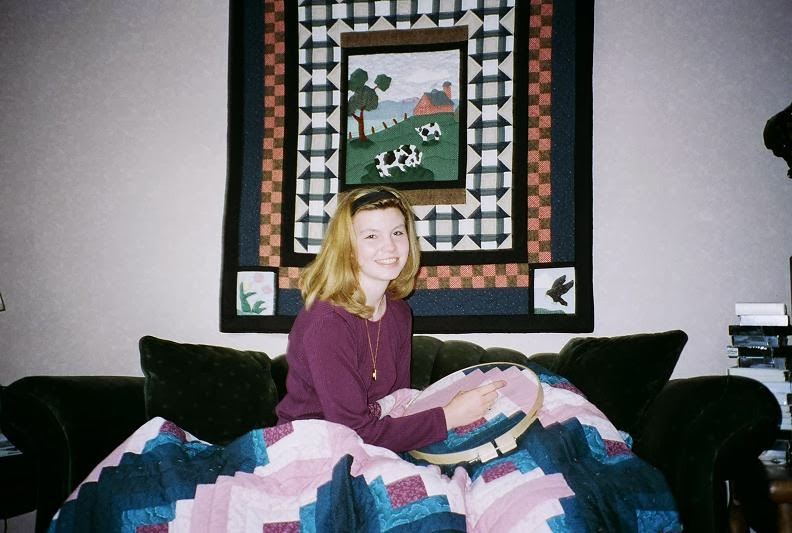 I decided to practice my hand quilting skills on this baby panel before I actually quilted on a pieced quilt.  I finally finished One, Two, Three in 2002. 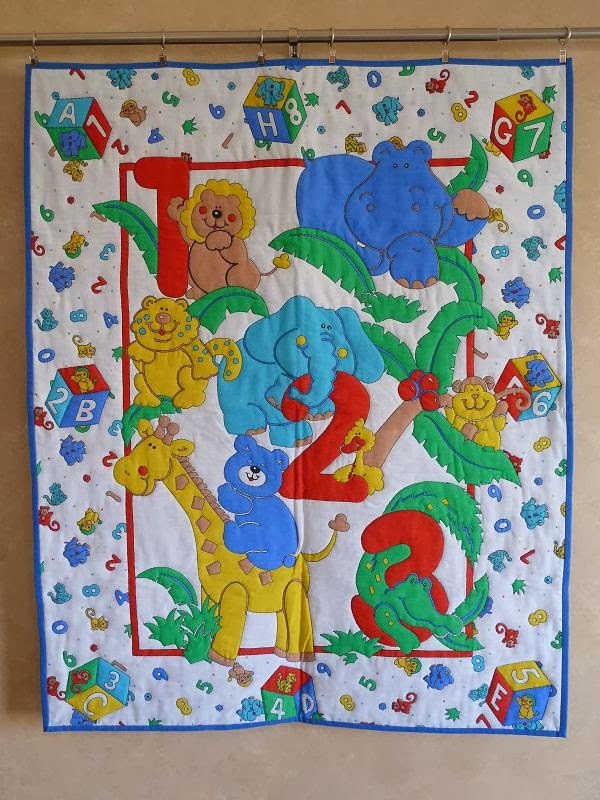 This is also the year I took my first sewing class from someone other than my mom. It was actually for a hand pieced quilt.  I took this class with my mom and sister-in-law at the local quilt guild. Because it was piecing curves I quickly got frustrated and put it aside. It was using the simplified version of this pattern. 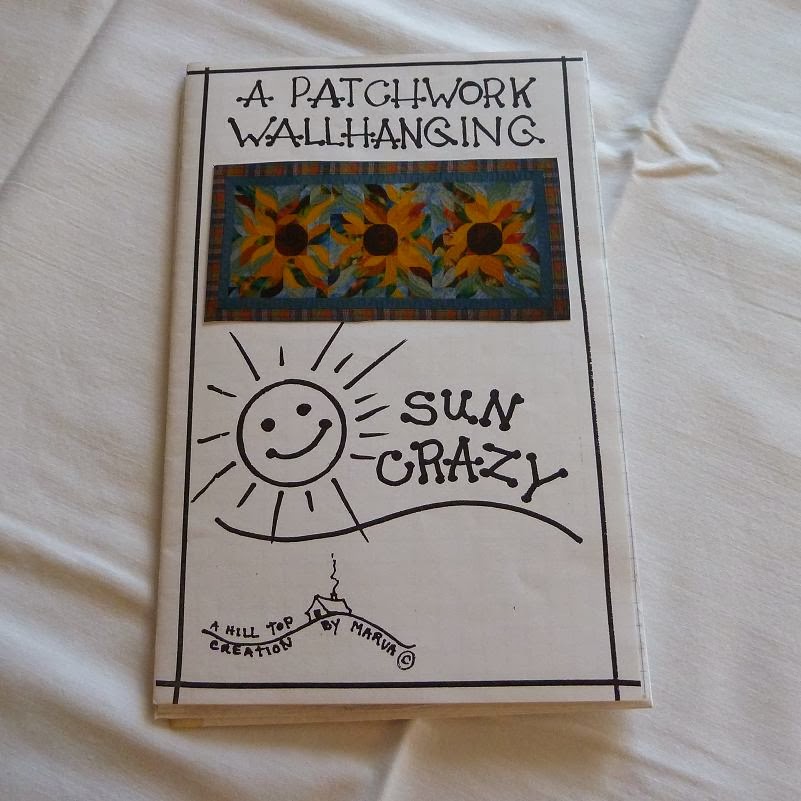 In 1995 I finished the small quilt Summer's Flower which I had put aside the previous year. 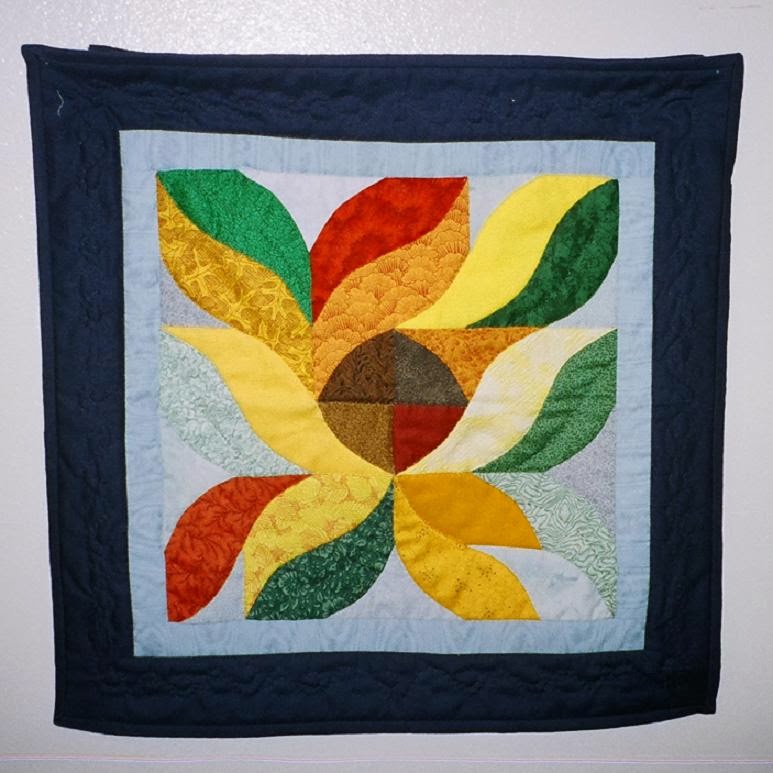 I took my first sewing class at school, learning to make things other than quilts like a shirt, a jacket, and a duffel bag.

My mom also took me out of school for a few days (I was a really good student) so I could attend the state quilt guild meeting with her and my sister-in-law JoAnn. I took classes with both of them from national teachers and even went to one class on my own. The teachers thought it was neat that a teenager would want to learn from them.   I actually entered my quilt Summer's Flower into the quilt show in the young quilters division.

I took classes and started projects that later turned into these finished quilts:

The Pink Double Irish Chain, finished in 2002.  The class was taught by Kathy Kempton. 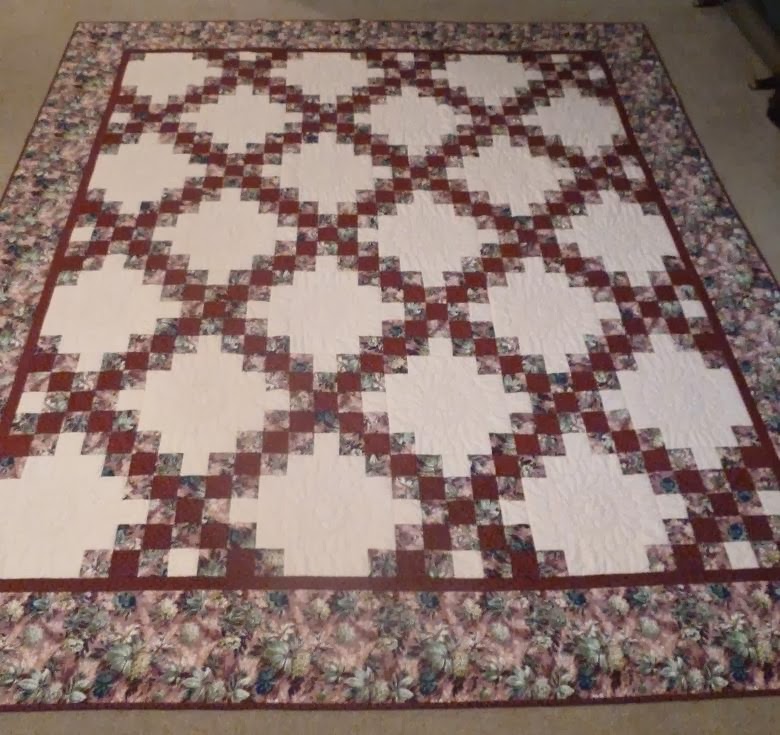 The Milky Way, finished in 2004.  This class was taught by Sharyn Craig. 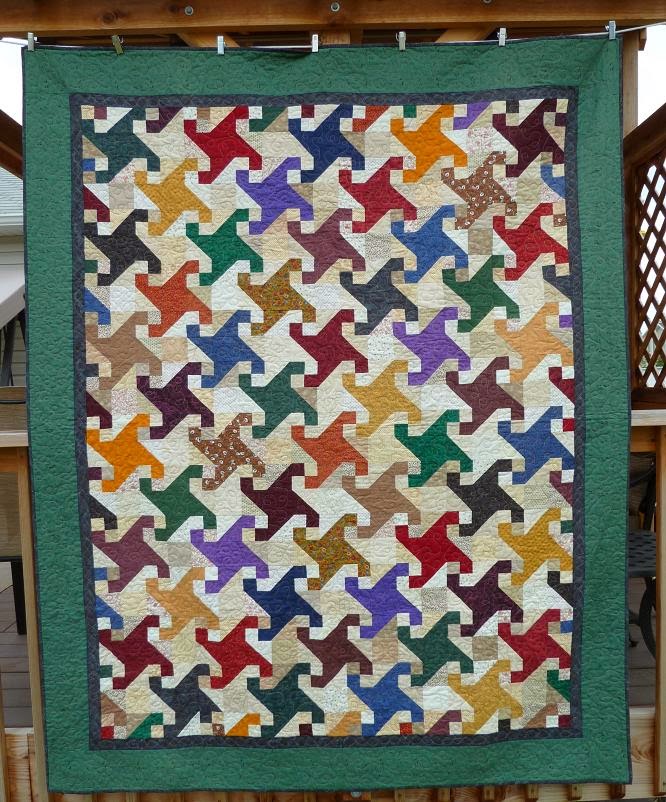 My Yo-yo mini, finished in 2013.  This class was actually to make a yo-yo vest.  I decided to just make a mini quilt instead.  (I got tired of making yo-yos and had no desire to make a vest.) 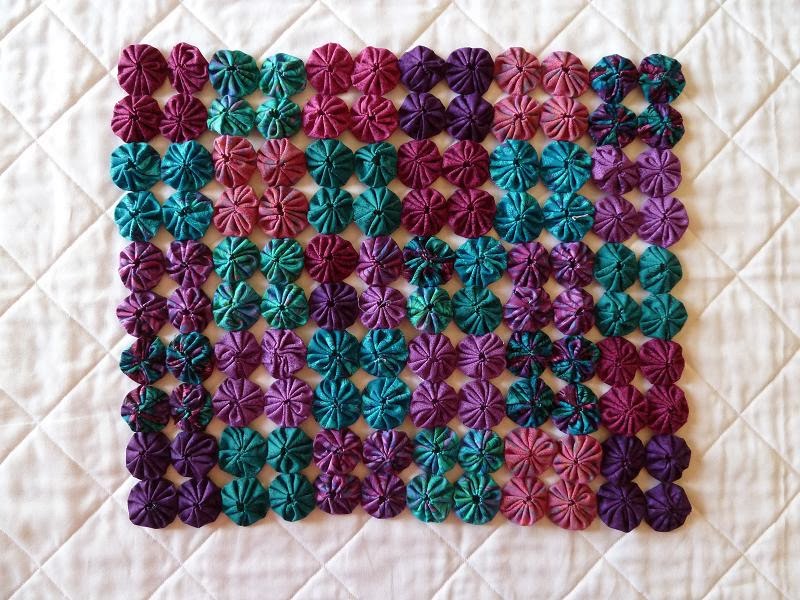 I also took a landscape quilt class with Mom and JoAnn.  You were to take a picture and draw it on freezer paper.  Then you cut the freezer paper apart, iron it on the fabric, and sew it by hand.  I decided that wasn't my thing, but it was fun to take the class with family.

Believe it or not, it was hard for me to have more than one project to do at a time.  JoAnn told me that was silly.  She said that you have to take classes when they are available, not just when you are ready for a new project.  I am glad that I took these classes then, even though it took me years to finish them.

XX,
Jasmine
Posted by Jasmine at 7:53 AM