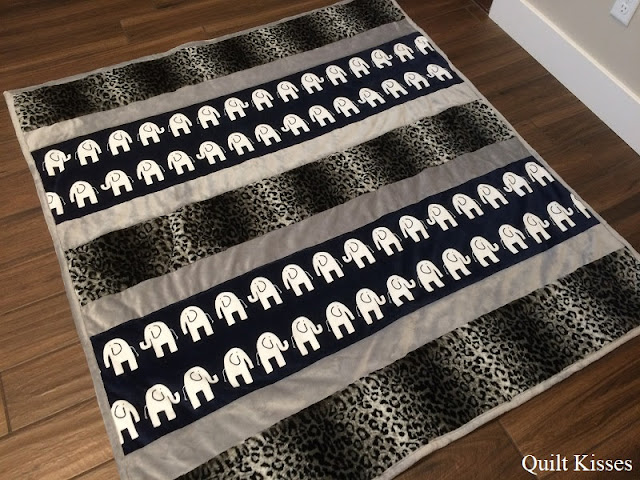 I finally got around to using the blue elephant minky.  I made another minky blanket using leftover and repurposed minky.  (That leopard print was going to be a pillow case.)  Panda has claimed this one as his. 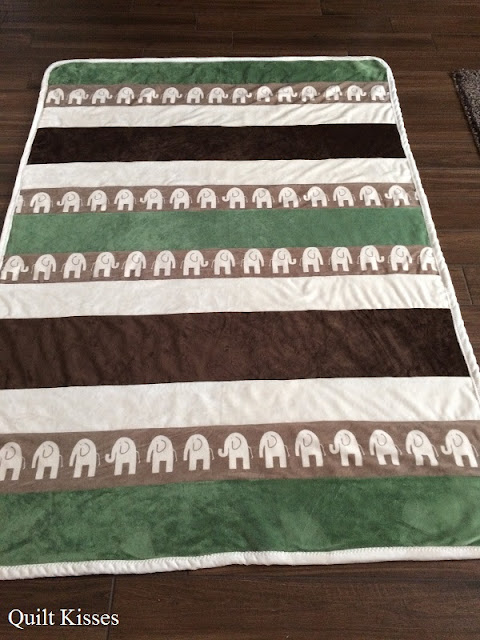 The second one was the red elephant blanket.  Monkey has claimed this one. 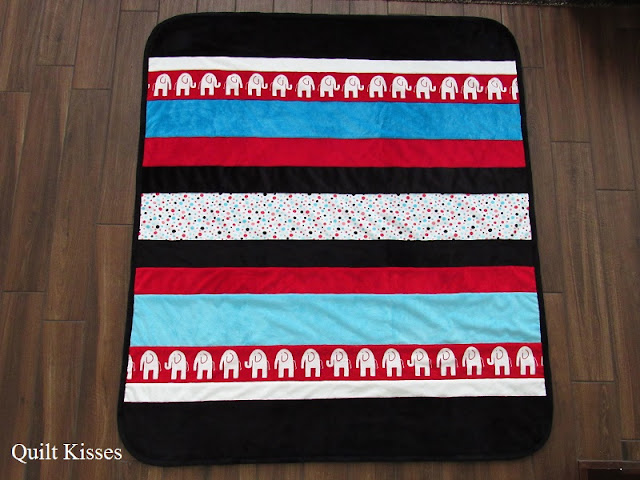 What is a girl to do but make two more minky blankets so that everyone has one.  This fourth blanket was claimed by Cheetah. 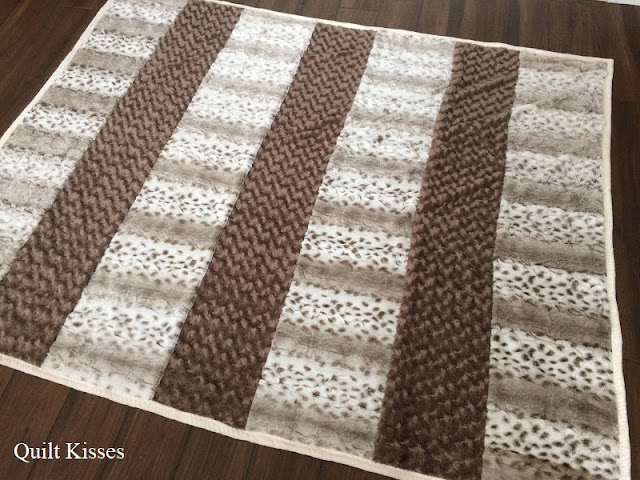 The fifth one was given to my sweet, patient husband. 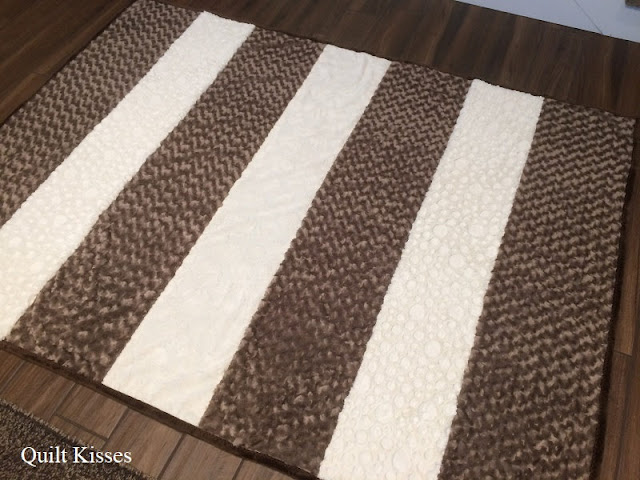 Hopefully there will be less fighting over the pure minky blankets now that we each have one.  ;)

All of the minky you see in the blankets was either scraps from previous projects or bought on clearance at my LQS.  I still have more minky scraps. I will have to decide what to do with them later.  My studio needed a very good cleaning once the last three were finished.

XX,
Jasmine
Posted by Jasmine at 5:30 AM