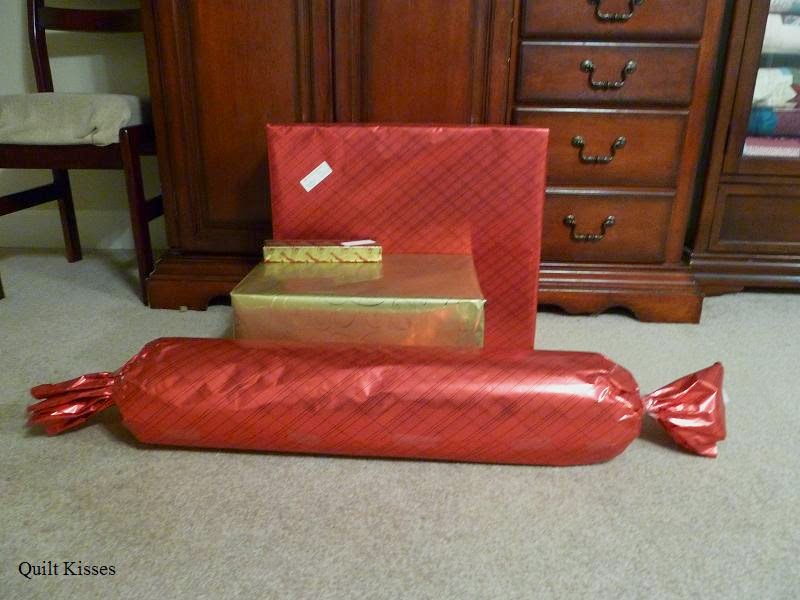 On Christmas morning, the very first present opened was Panda's giant Tootsie Roll present.  He was very surprised that it was a quilt.  He liked that it was just like Bear's (which I had read to him as a bed time story the night before).  He loved it and his fuzzy pillow that Mommy made just for him. 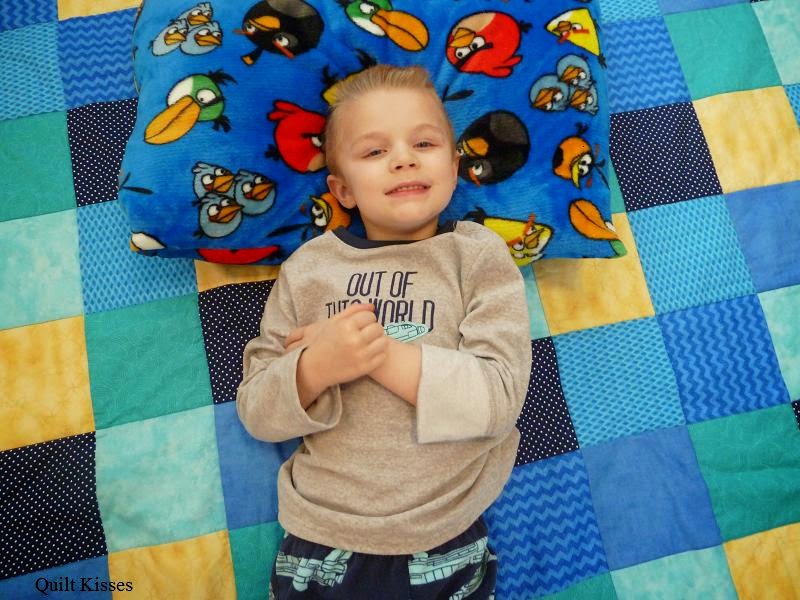 Then Monkey opened his present from Mommy.  He took one look at the trucks and said, "It's mine!"  It was said with excitement and awe, not possession.  What a way to warm Mommy's heart. He was way too excited to look at the camera. 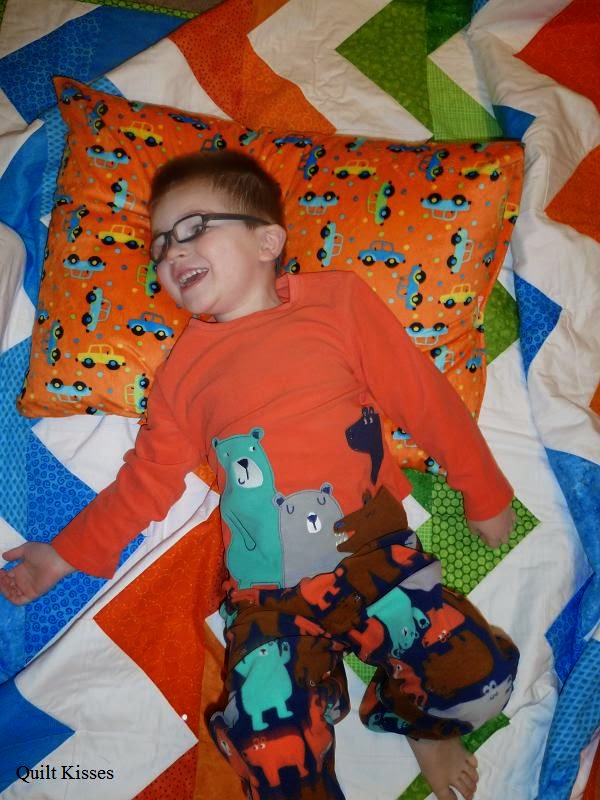 Next, Cheetah opened his little box from Mommy.  He was sure there was a gift card hiding with the marbles.  (I have been reminding him for the last few months that he already has a fuzzy quilt which he made himself.)  Instead of a gift card, he found a note telling him where his real present could be found.  He was very happy to receive his own big quilt that Mommy made just for him.  He has an obsession with minky... with some Gollum-like tendencies. 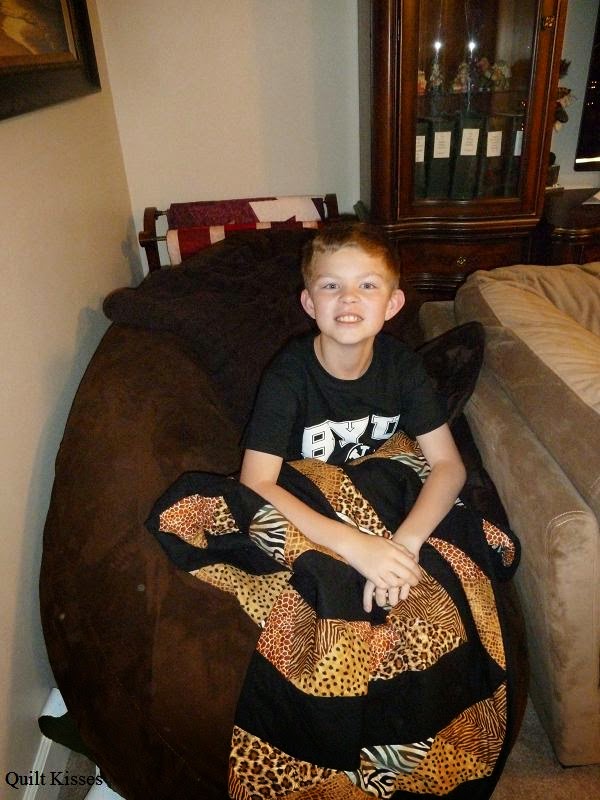 The next present opened was Hubby's quilt from me.  He took one look at it and said, "There's bear tracks" with a big smile.  I was happy to tell him that the quilt was named, "Bear Tracks." 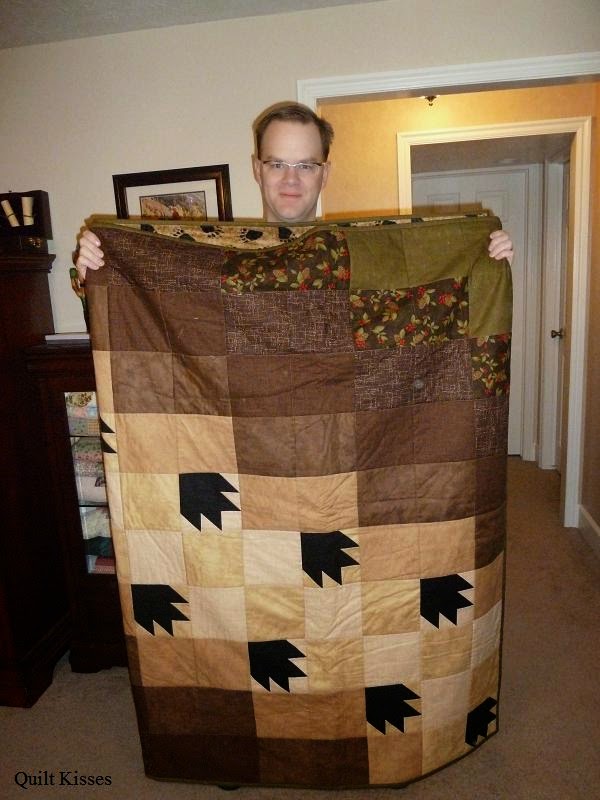 As wonderful as it was seeing them open their presents on Christmas morning, the best thing was tucking my sons in that night.  They were all sleeping with their new pillows and quilts.  Which really goes to show how much Monkey loves his quilt.  He had been sleeping with the same blanket for the last two years, but no longer needs it to sleep.

Thanks for all of your wishes for a Merry Christmas.  As you can see, it was pretty wonderful.  I hope you also had an exciting holiday.

P.P.S.  Oh, and I haven't received any complaints from Cheetah about the name of his quilt.  Apparently he approves of "Wild About You," because he told me that that was what it was called when I tried to tell him it was a barn raising pattern.  :D
Posted by Jasmine at 11:23 AM