Pinwheels in the Wind: A Finished Quilt 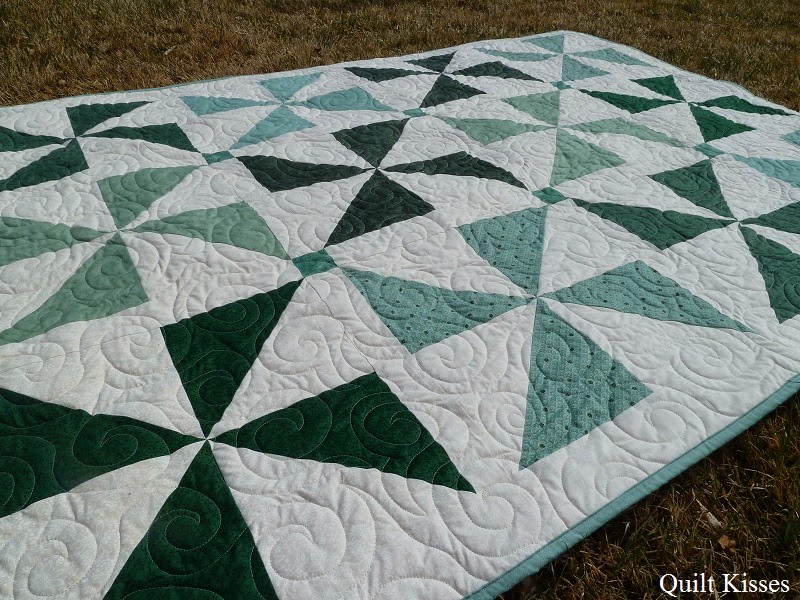 I am happy to say that my brother W's quilt is now finished.  I talked more about the piecing and inspiration in my previous post. 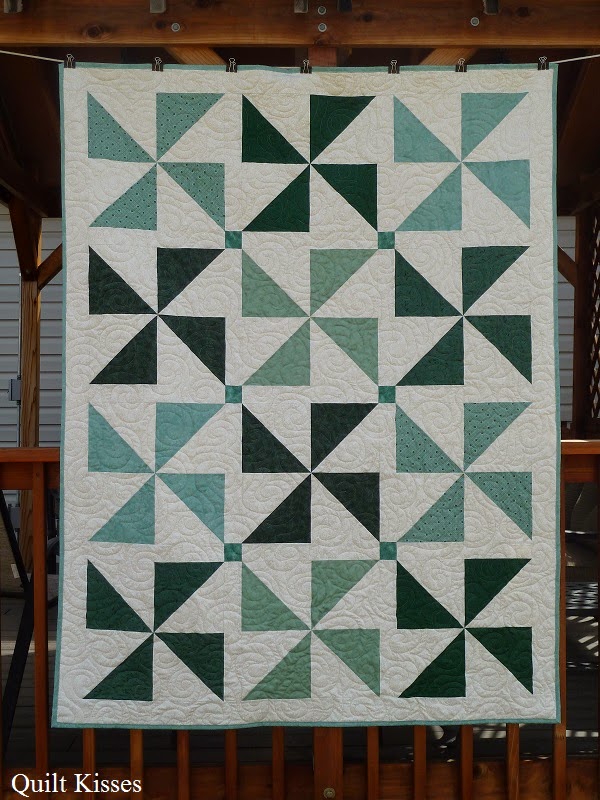 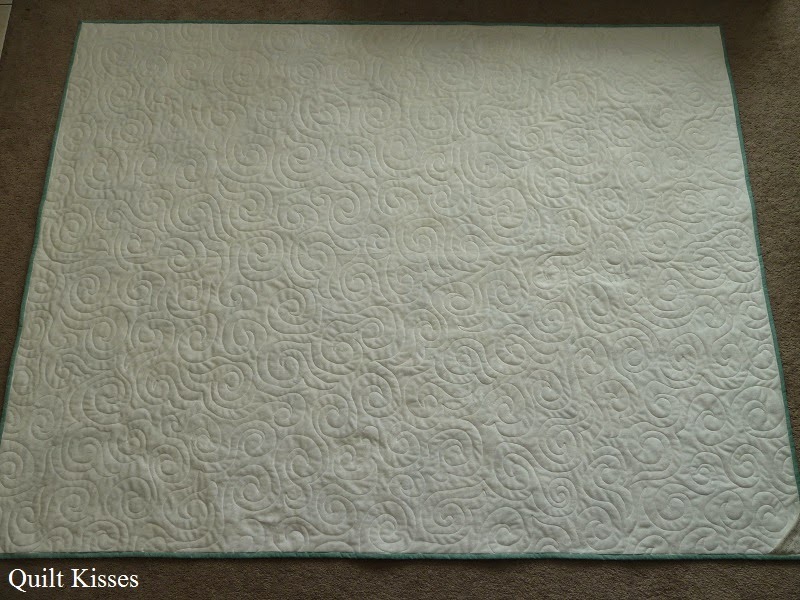 It is just a little bit lighter than the Kona Snow in my label. 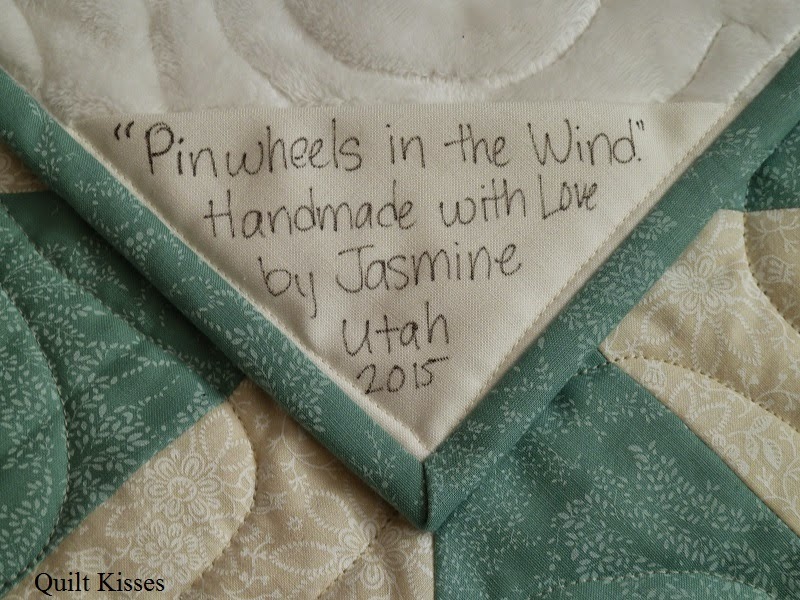 I decided to name it "Pinwheels in the Wind" because the swirly quilting reminds me of wind. 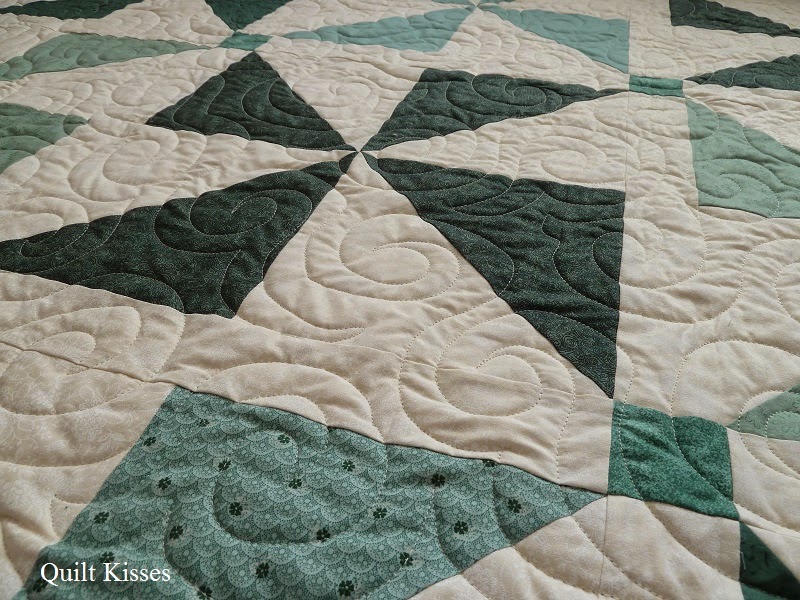 This was the largest I had quilted spirals. A lot of the quilting lines are an inch apart.  Some of the spirals  have hooks and some don't.  I just quilted whatever fit the space.  It is so cuddly and looks really neat on the minky backing. 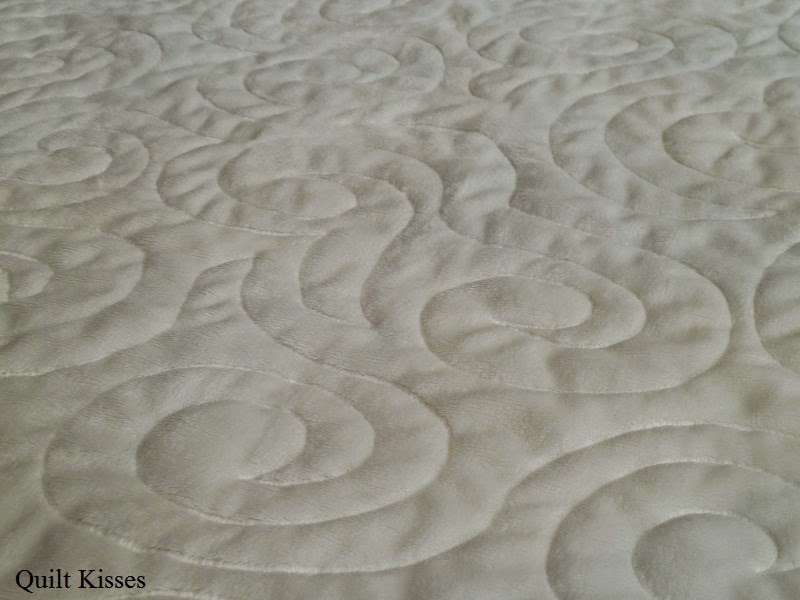 Because of the lighter backing, I chose one of the light greens for the binding.  Totally love how soft it looks. 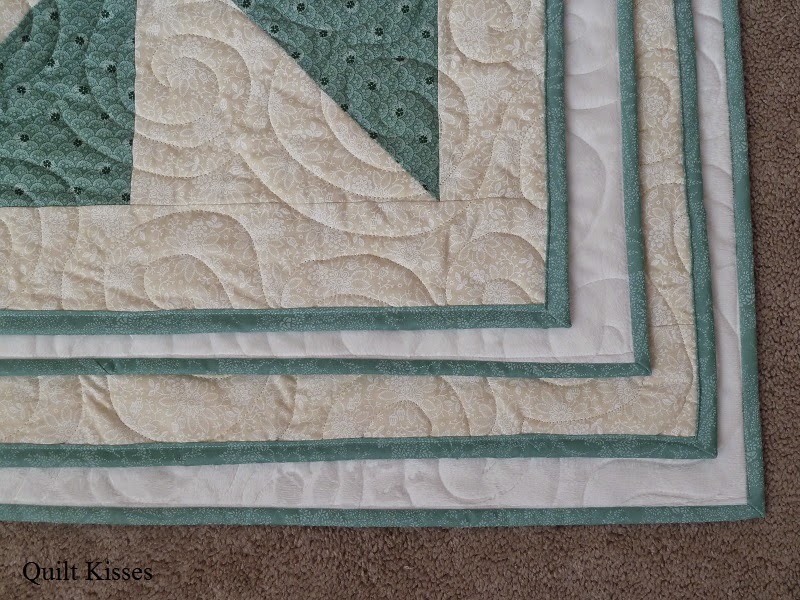 And so does Cheetah.  He had to test it out when I was trying to take a picture of the backing in the sunlight (too bright). 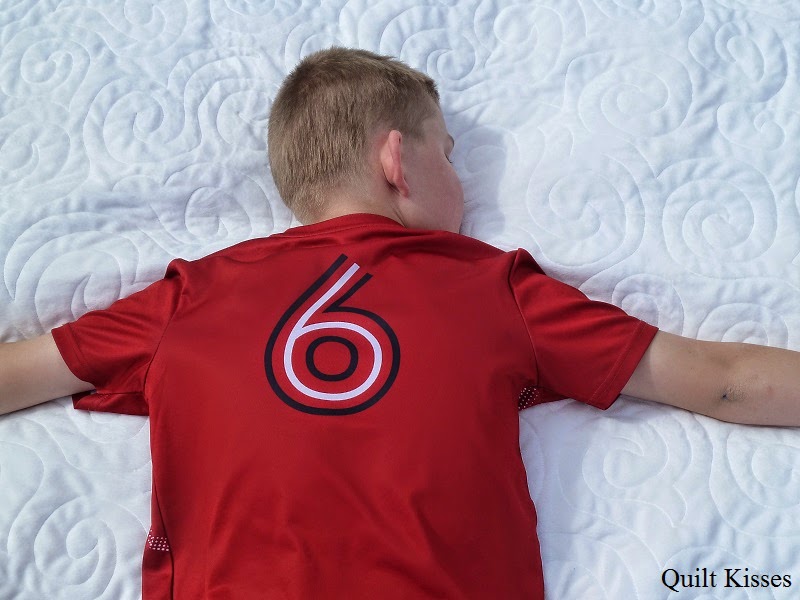 Reminds me of his little brother Monkey and the Through the Woods quilt.  Lol. 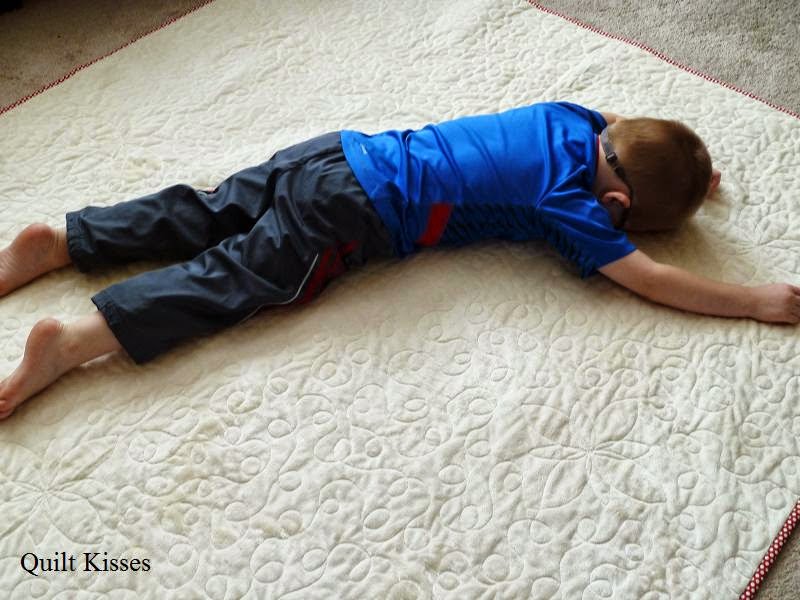 Cheetah has told me at least three times this week that he is so glad I got over my fear of minky.  :D

I will be sure to tell W that if he doesn't like it, he can just give it back.  My boys will use it! 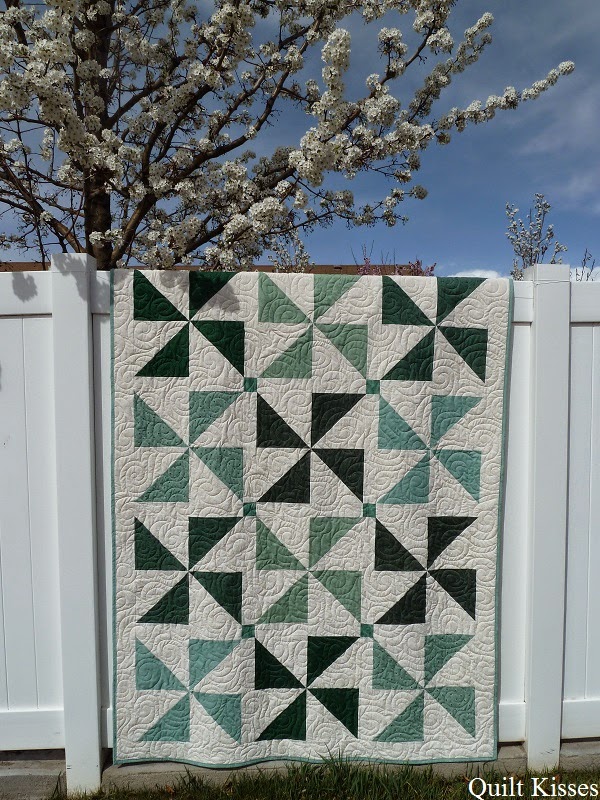 Now I just have two sibling quilts left.  One for my sister K and one for my brother V.  Then I may start giving quilts to my nieces and nephews when they get married. (There are more than 40 and one of them is engaged.)

P.S. I will be linking up with some of the fun parties on my sidebar.  There is something fun for every day of the week.
Posted by Jasmine at 5:30 AM