Some people who want to modernize the Farmer's Wife Quilt may already have some intricate 6 inch blocks that they don't want to repeat.  I have two ways to share with you today which use individual 6 inch blocks to make a 12 inch finished block. 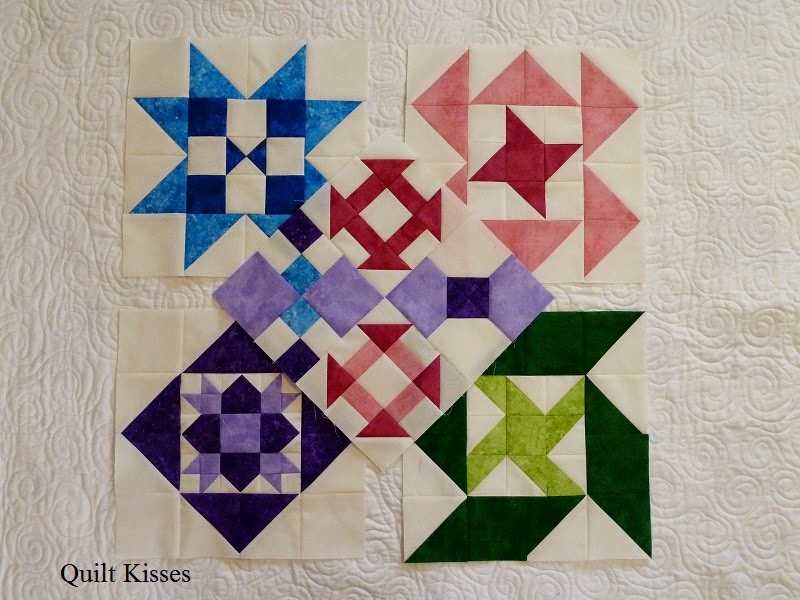 The first way is to combine blocks.  I used one six inch block, and enlarged another to create a pieced border around it.   I chose blocks to enlarge that naturally had a simple six inch center when finished at 12 inches.  I have altered some of the outer sections of these blocks to use only squares and HST sections. It used more pieces, but made things easier for me.  :) 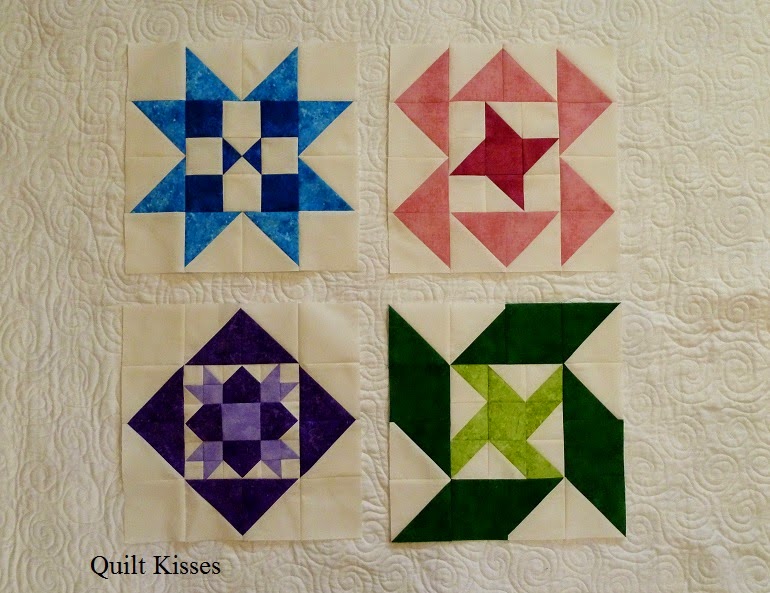 I will be sharing the sizes for rotary cutting the large blocks that I made.  For more information (and cool letters) refer to the original FWQ book by Laurie Hird. 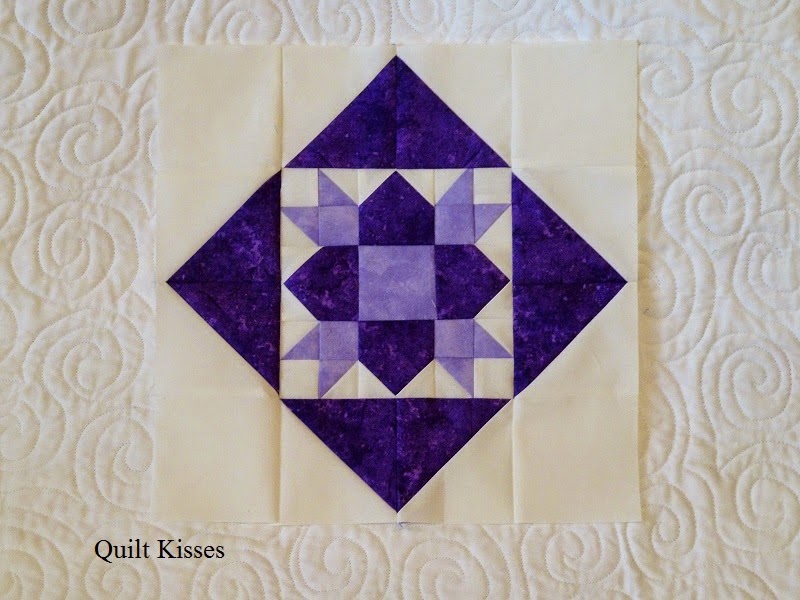 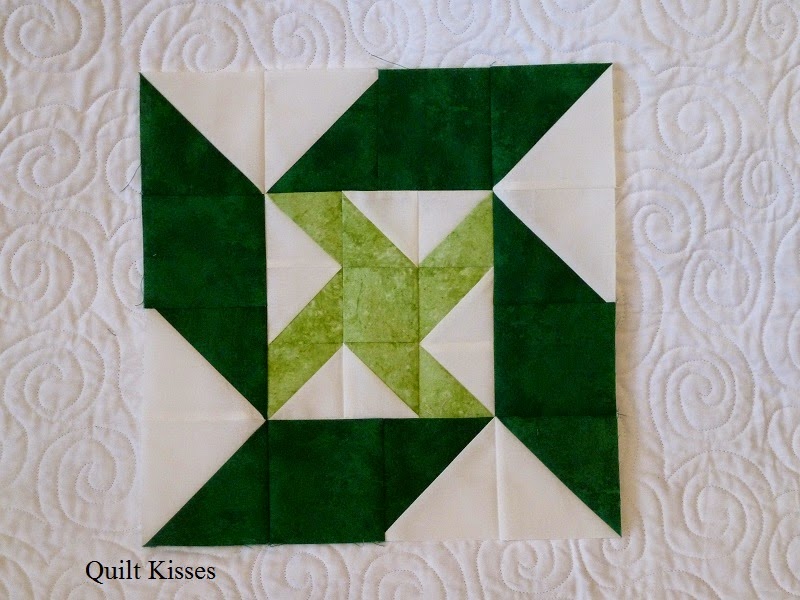 The second method for using individual 6 inch blocks is to combine four separate blocks.  Once combined they can make one 12 inch finished block.

Tip:  Because I used HST blocks instead of flying geese, I pressed half of the triangles to the dark and half to the light.  This helped me get better points.

After making the six inch blocks for these blocks, I was very grateful I decided to enlarge so many of the simpler blocks in the original quilt!  ;) 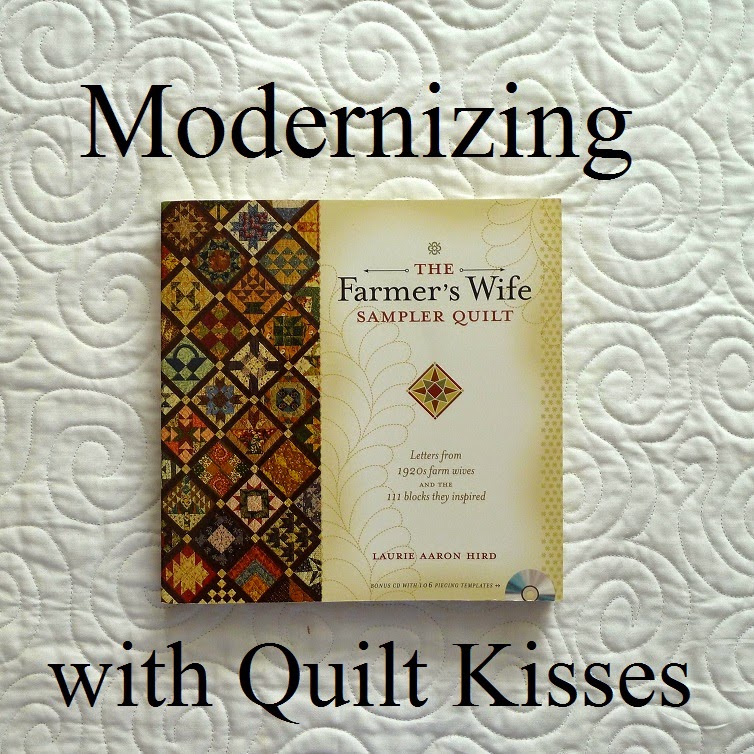 Click on the Modernizing the Farmer's Wife Quilt series link to view other posts in this series.  It will take you back to the introductory post with links to all episodes.

XX,
Jasmine
Posted by Jasmine at 7:00 AM