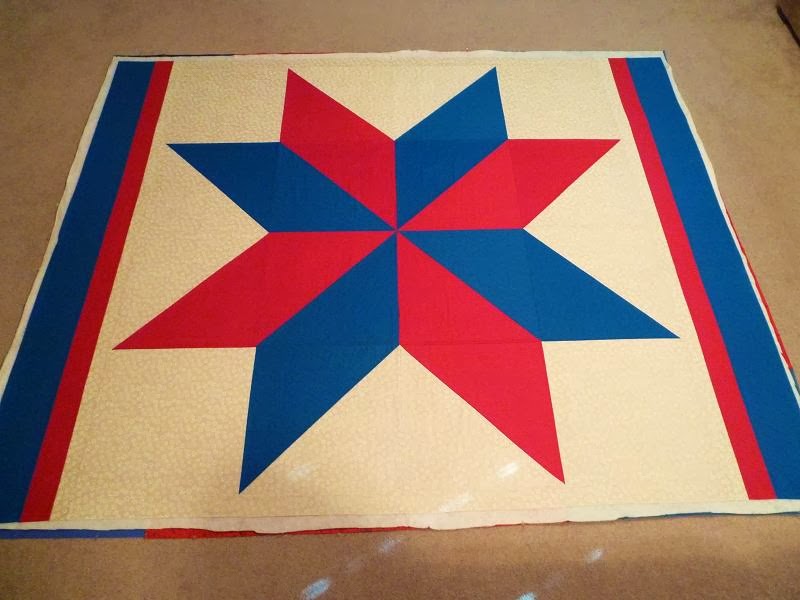 My friend Jen of Glinda Quilts recently posted about a soldier's quilt which needed a home.  (It doesn't any more.)  It got me thinking about servicemen that I know.  After thinking about it for a couple days, I decided that I wanted to make a quilt for my friend whose husband is in the service.

I looked at the blues left over from my month of blue, and realized that I didn't have any navy blue fabric left. 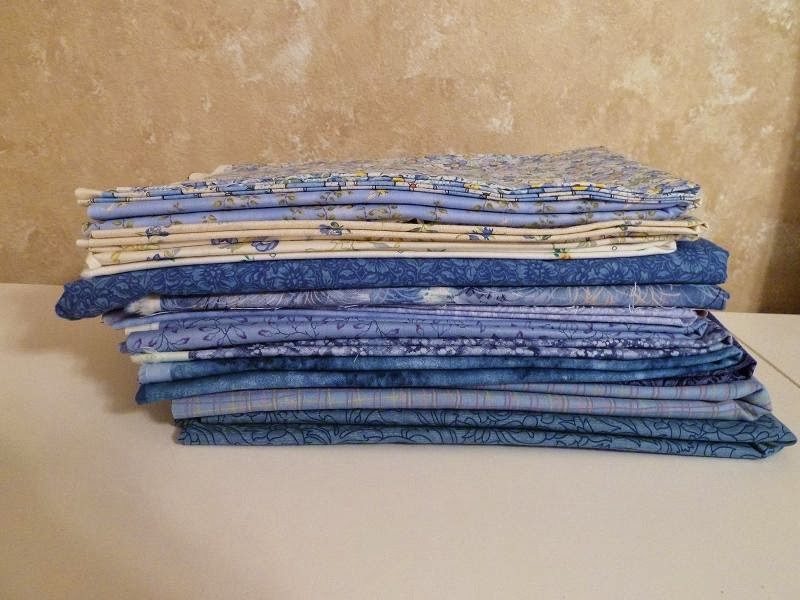 So I went to bed.  However, the thought of making her a quilt would not go away.  So I went back to my stash and decided to make a bright blue and red quilt.  I had plenty of fabric for that.  ;)  I wanted to make it quickly and decided to stick with a simple pattern.  I had made a giant star quilt (mentioned here) earlier, and decided to make another one.  It uses Jeni's Giant Star Quilt Tutorial.

I cut my squares out at 18 inches for the half square triangles, and trimmed them to 17.5 inches square.  To do this I used the lines on my large cutting mat. 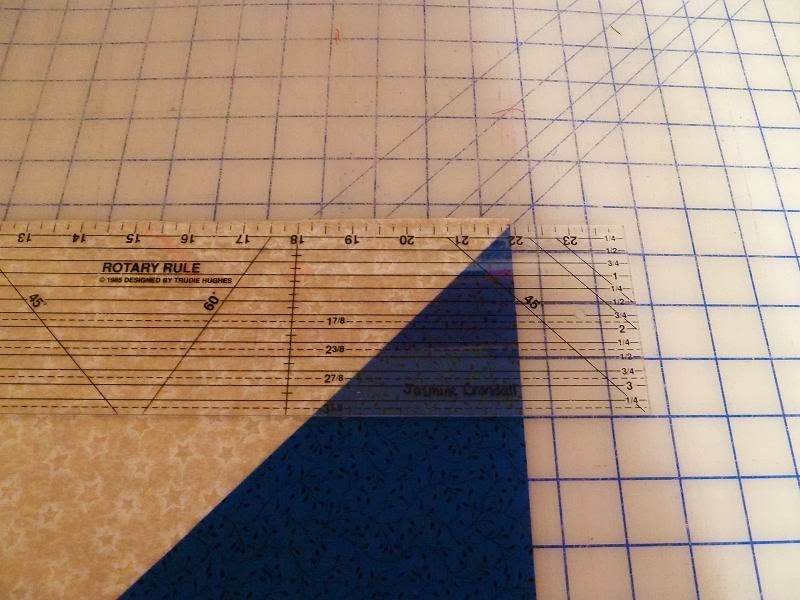 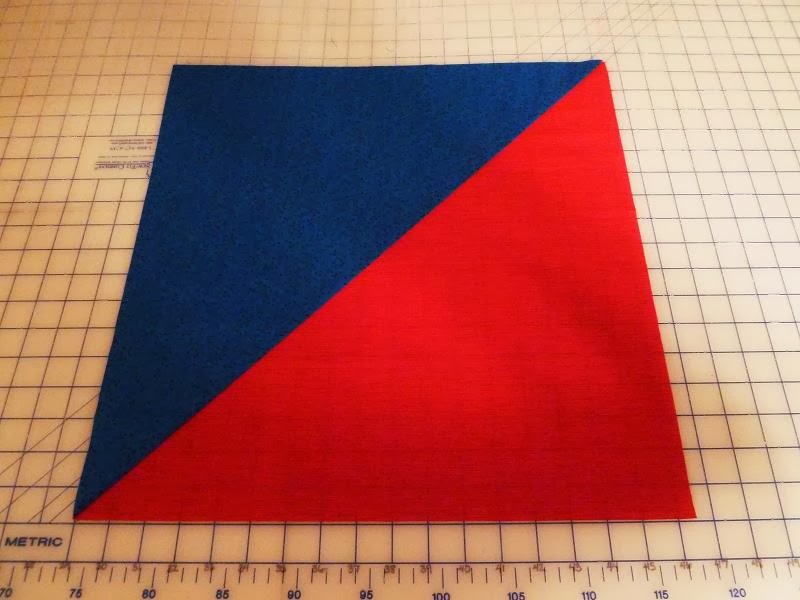 I don't use the lines on my cutting mat very often, because I don't think it is super accurate.  However, I used what I had for something this large.  (Although the 21" square ruler from Omnigrip is on my wish list.)

It was accurate enough for my center point to look like this.  :) 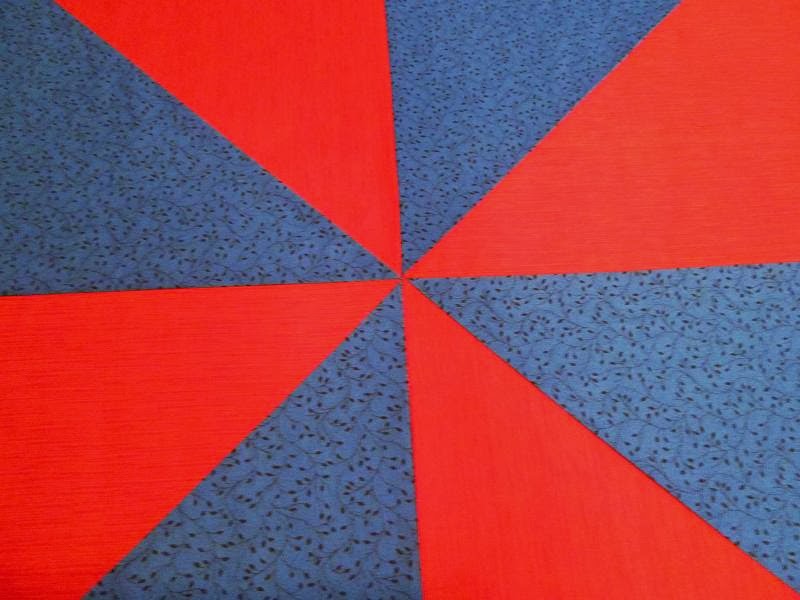 I was able to get the entire top laid out on my design wall in less than two hours. 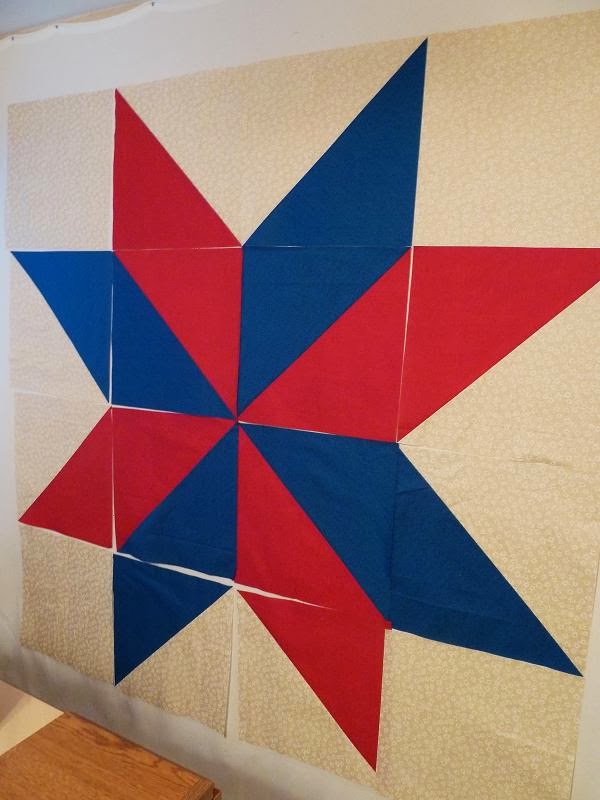 Then I decided to make a smaller one for myself out of the scraps.  I cut these squares at 6 inches. 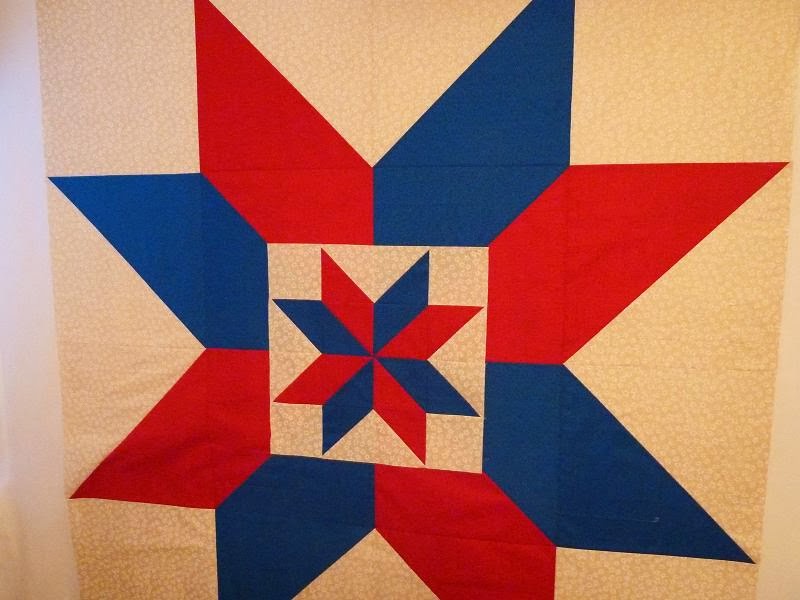 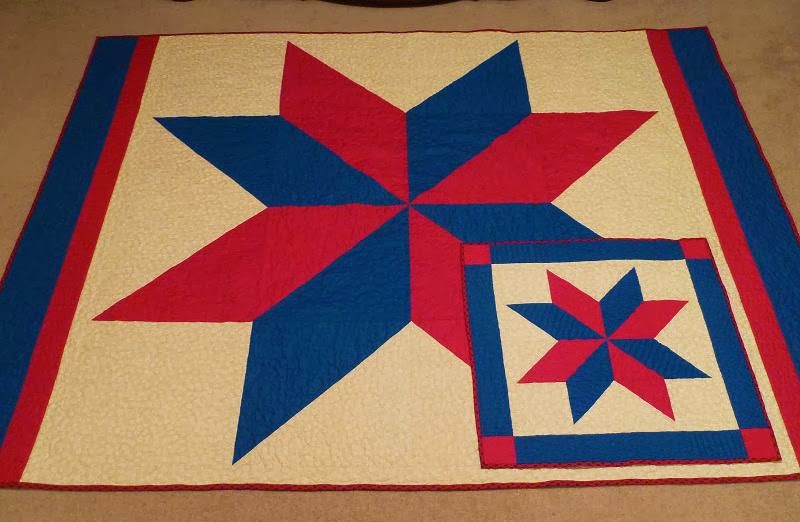 My next post will have more pictures of the finished quilts, because they are already done.

Email ThisBlogThis!Share to TwitterShare to FacebookShare to Pinterest
Labels: Work in Progress

Jasmine
Thank you for visiting my blog. I am a wife, mother, friend, and daughter of God. I enjoy quilting, crocheting, scrapbooking, baking, and running after my four active children.