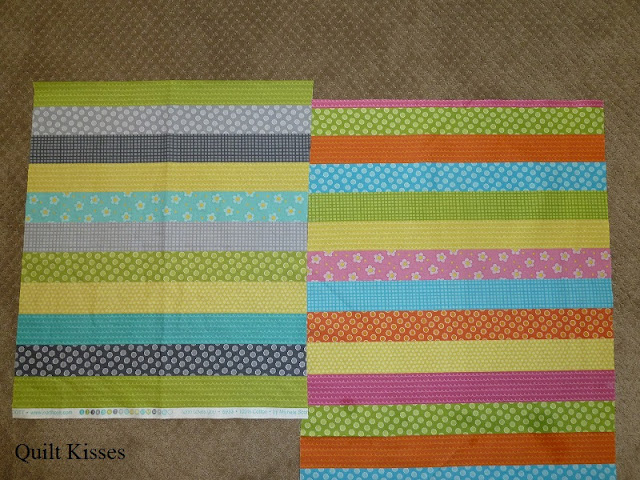 I participated in a quilting challenge as part of a club at my local quilt shop this summer.  Although this quilt is already finished, I wanted to share the process here on my blog.  The challenge was to use at least 90% of a fat quarter of the stripe print on the left.  I added the same print in the second colorway to brighten up the quilt.

The bright colors reminded me of beach balls and flip flops, so I decided to make a summery quilt.  I cut the stripes into 6.5 inch square fence rail blocks and then used the Quick Curve Ruler to make them quarter circles.  I cut some a little bigger than 6.5 inches so the prints could also be used for the concave side of the curve for a more modern look. 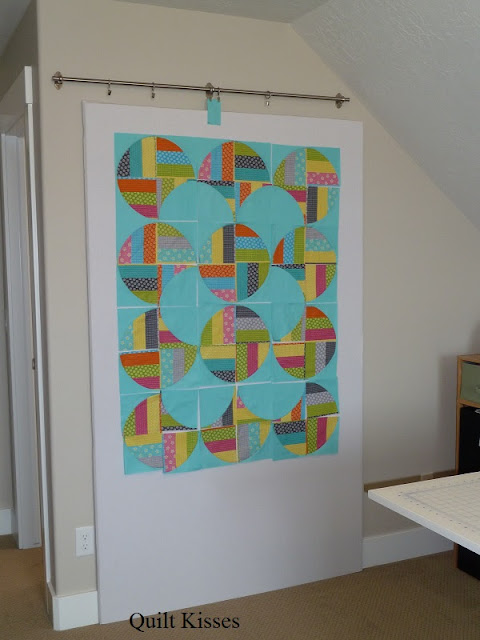 Originally I was going to have each 12 inch block have three quarter circles and one concave section like this quilt.  However, Cheetah came in my room and hated it.  He rearranged the blocks so they would be symmetrical.  They ended up staying that way.  He is rather proud of his layout and tells me frequently that I can thank him for it.  Lol.

I ended up using a lot more than a fat quarter of the challenge print because I used it in half the blocks and used it for the border. 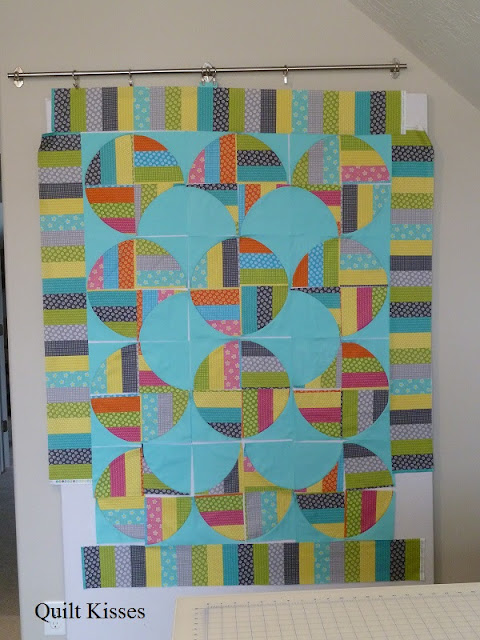 Here is the top before it was quilted. 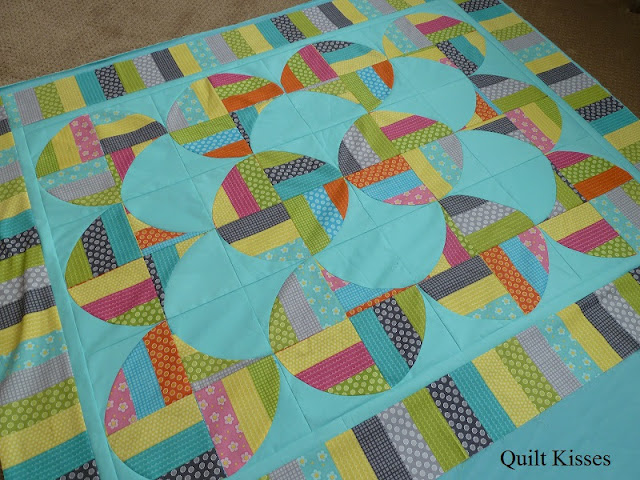 I quilted it on my small Pfaff because my Tiara was being serviced. 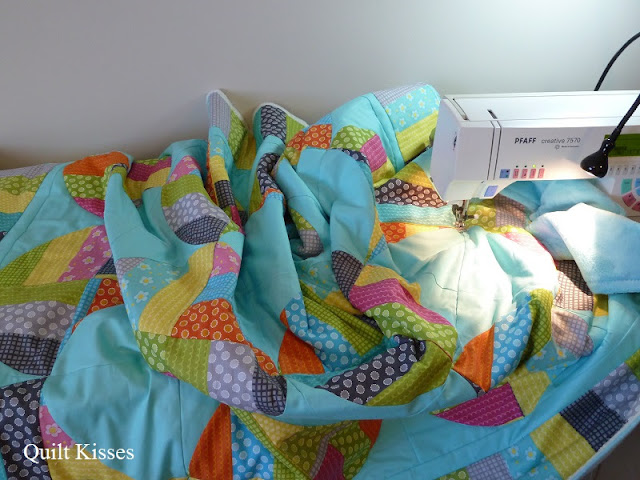 I started out by using the walking foot to stitch in the ditch to stabilize the quilt. 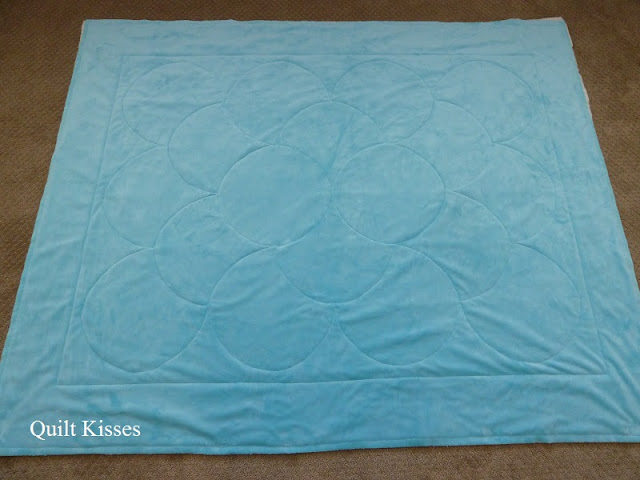 Then I used some circle rulers to mark concentric circles with my Hera marker. 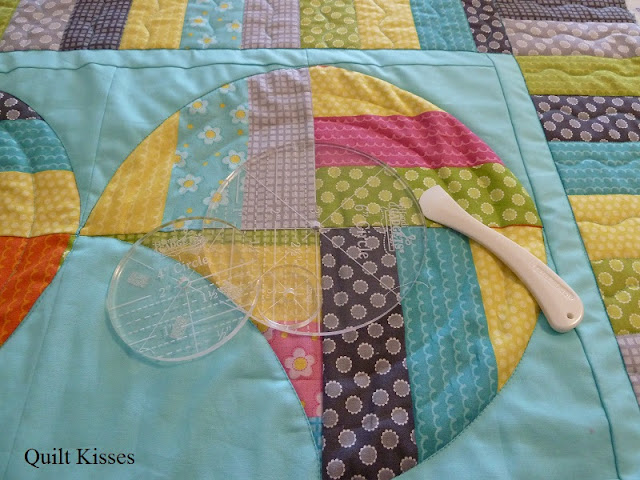 I learned that if I used a side light instead of direct light the markings were much easier to see. 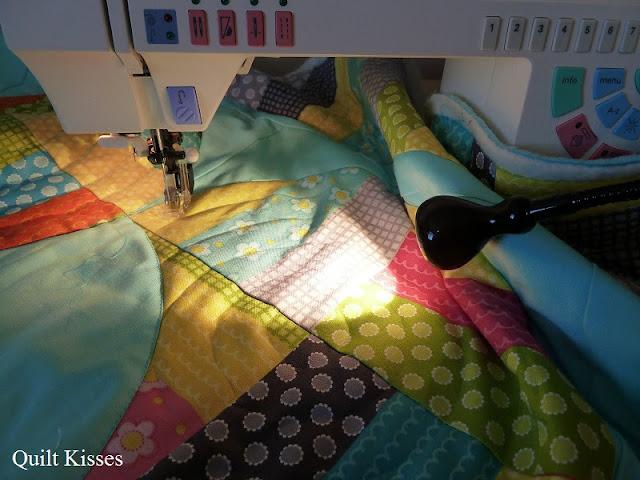 The quilting turned out even better than I imagined. 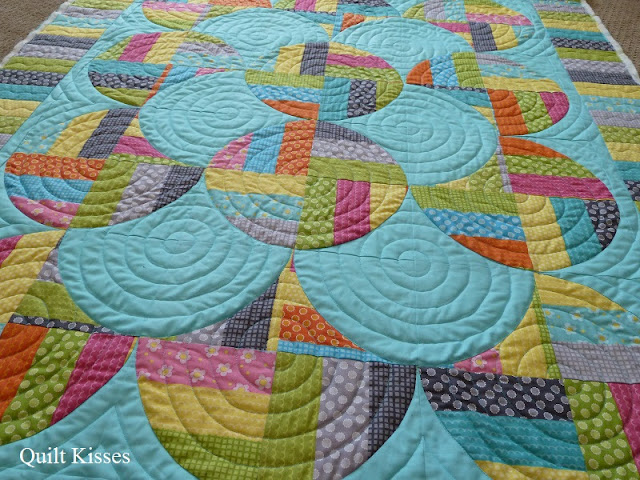 XX,
Jasmine
Posted by Jasmine at 6:00 AM